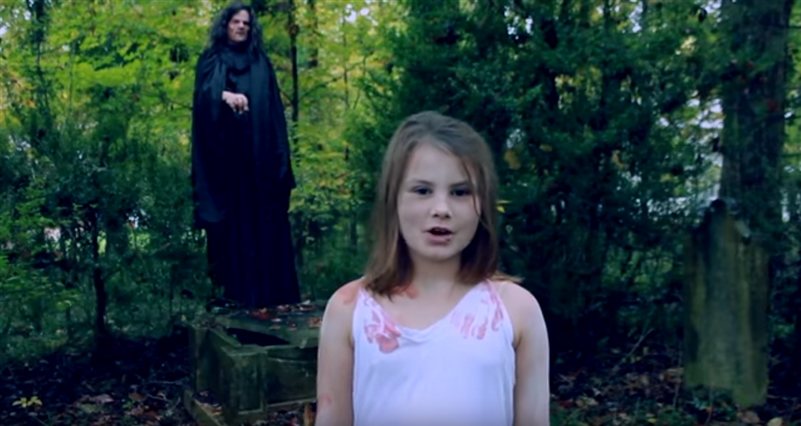 Cleveland, Tenn. - Oct. 30, 2018 - Tall Betsy, the 7-foot 6.5-inch official goblin of Bradley County, Tennessee, is known worldwide for her legendary Halloween appearances at 150 Centenary Avenue in Cleveland, Tennessee. For years, she has been a fixture at the annual Halloween Block Party sponsored by Check Into Cash. Her visage is etched upon the residents and revelers, but now she has been immortalized on video.

Has her soul been captured and imprisoned in her tomb, or will she rise?

Over a century ago, Tall Betsy was a real person who roamed the Cleveland streets at night. Speculation about the resident's identity varied. Some suspected she was a police officer who dressed in black to scare people off the streets. Others believed she was a tall woman garbed in black who wandered the streets only at night to avoid being gawked at because of her odd appearance. There are still other, more sinister tales that remain whispered behind locked doors late in the Tennessee night.

In this rare video created by filmmaker Bailey Jones — featuring young Gincy Pendergrass — the goblin is seen up close and personal!

Scroll down to see the video, but remember: You have been warned.

Join Platinum sponsor Check Into Cash on the 31st for the 31st annual scary-fun evening of carnival rides, superheroes, candy, and a great time for thousands.