A Crime Scene? Or Halloween Decorations? Tennessee Residents Weren't So Sure 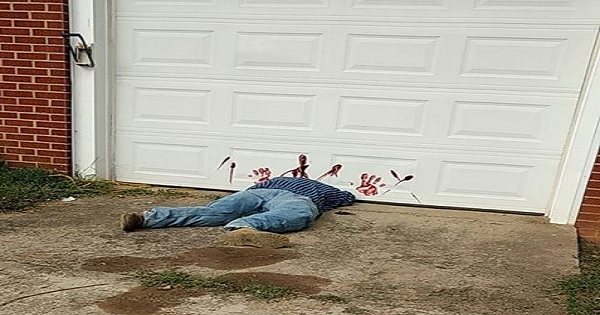 Now that we're reaching the end of September, tons of people are preparing for the Halloween Season by putting their decorations up. And in Greeneville, Tennessee, some took their decoration game to the next level. So much so that residents thought it was an actual crime scene.

The home on Chuckey Pike boasts some blood spattered on the garage door, with a man lying on the ground, his head, looking to be severed from the door shutting on him.

Many reported the "crime scene" by calling 911 and The Greene County Sheriff's Department took to Facebook to tell people to stop calling. The sheriff's department made a lighthearted comment on Facebook and wrote, "Congratulate the homeowner on a great display."

What are your thoughts on the decor? Does it look terrifying real to you? Let us know in the comments below!